The city Valparíso is a seaport and naval base on the Pacific Coast of Peru. Called simply Valpo by the locals, the city is renowned for its brightly coloured houses, bohemican culture and beautiful seaside views. There are two state-run and several private universities here, which contributes to the vibrancy of the city. Valparaíso is one of the South Pacific´s most important seaports, and the city´s main economic activities are shipping, the naval dockyards and tourism. Unsurprisingly, there is a strong international feel to this city, with all the ships coming and going from far away lands. 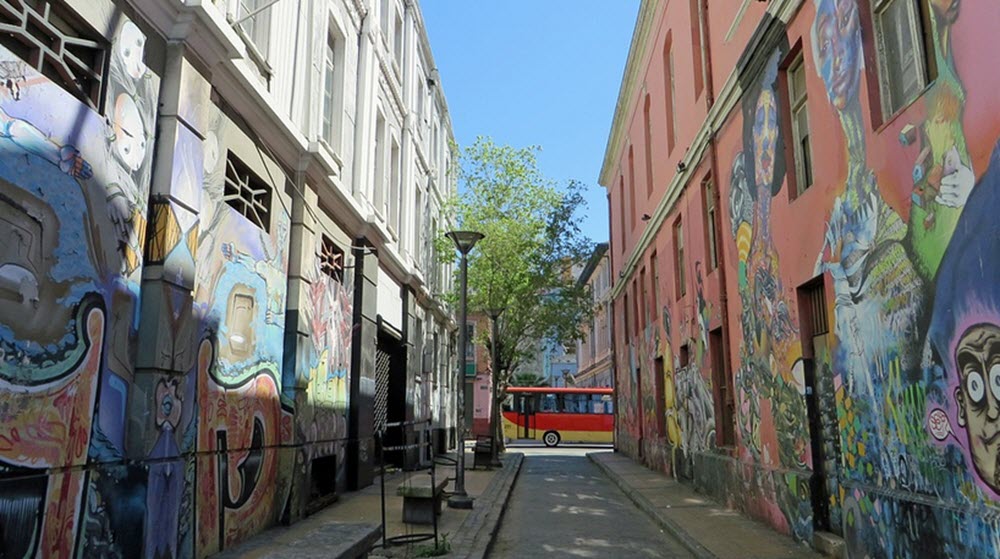 In the 19th century, Valparaiso was an important stopover for ships who utilized the Straits of Magellan to travel between the Atlantic and the Pacific Ocean. (Back then, the Panama canal did not exist.) A lot of Europeans settled in Valparaiso and it became known as Little San Francisco, as the city expanded from the port to cover dozens of steep hillsides with labyrinths of streets, alleyways and painted houses.

After the opening of the Panama canal, ship traffic to Valparaiso decreased and the city went through a long period of decline. Interestingly, this economic downturn contributed to the preservation of many old and architecturally interesting buildings in Valparaiso; buildings that would probably have been replaced by 20th century houses if the city had been more prosperous.

Today, thousands of tourists visit Valparaiso each year to enjoy its cobbled streets and alleys, its improvised 19th century urban design, the brightly painted buildings and the great atmosphere. In the 21st century, the hillside districts have attracted many artists and other cultural entrepreneurs who have contributed to a revival for the city.

Even though Valparaiso declined in significance as a seaport after the opening of the Panama canal, it is still a very important shipping and distribution centre for fruit, copper and certain types of container traffic.

Valparaiso has a lot of “firsts” and “oldest”, such as:

The historic quarter of Valparaíso is a notable example of late 19th-century urban and architectural development in Latin America, and in 2003, it was declared a UNESCO World Heritage Site.

“In its natural amphitheatre-like setting, the city is characterized by a vernacular urban fabric adapted to the hillsides that are dotted with a great variety of church spires. It contrasts with the geometrical layout utilized in the plain. The city has well preserved its interesting early industrial infrastructures, such as the numerous ‘elevators’ on the steep hillsides.” – UNESCO 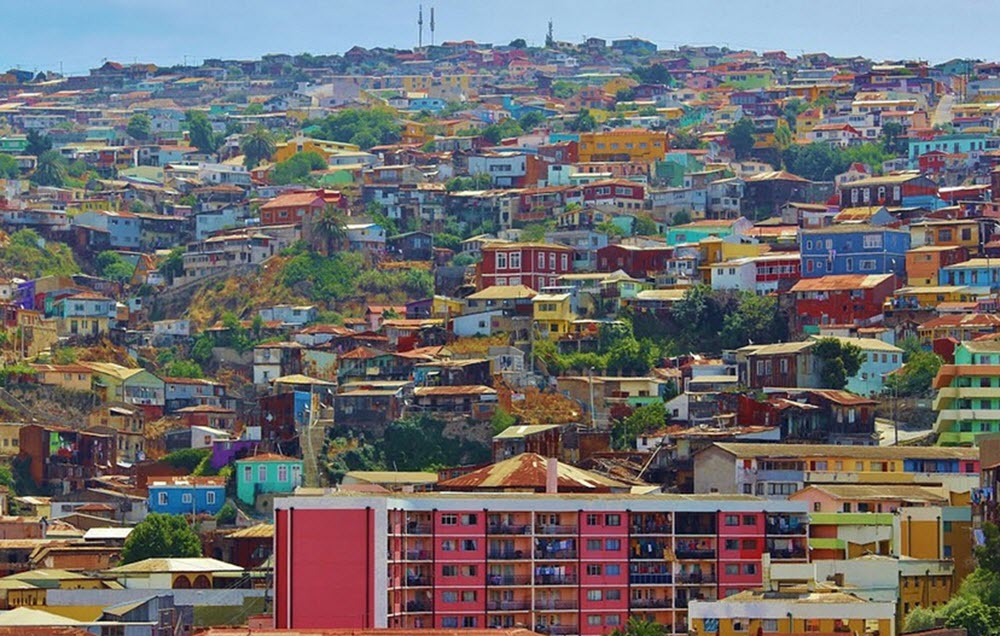 Examples of notable landmarks in the city: