Carnaval de Barranquilla (The Carnival of Barranquilla) is one of the biggest carnivals in the world and also one of Colombia’s largest folkloric celebrations.

In 2003, UNESCO declared that The Carnival of Barranquilla was one of the Masterpieces of the Oral and Intangible Heritage of Humanity.

The carnival consists of four days of festivities on Sunday – Tuesday before Ash Wednesday. The city is filled with parades and other forms of celebrations, including street dancing and masquerades. Examples of commonly danced dances are African congo, Spanish paloteo and Indigenous mico y micas.

The actual carnival is celebrated during the four days before Ash Wednesday, but the earliest of the inofficial preporatory festivities start just after New Year´s Eve.

Examples of events included in the pre-carnival festivities are Lectura del Bando, La Toma de la Ciudad, the crowing of the Carnival Queen and Momo King, the Children´s Parade, the Gay Parade, and the La Guacherna. La Guacherna is a parade that takes place at night.

The actual carnival starts on the Saturday before Ash Wednesday, when the Battle of the Flowers take place.

Saturday: La Batalla de Flores (The Battle of the Flowers)

Monday: The Great Fantasy Parade, and an Orchestral Festival with Latin and Caribbean bands

Tuesday: The burial of Joselito Carnaval

About Battle of the Flowers

The Battle of the Flowers is a large parade with floats. The Carnival Queen takes the lead, followed by folkloric groups, cumbia groups, and other dancing groups. It dates back to 1903, when General Vengoeachea was looking for a way to celebrate the end of the 1000 days war. In its original incarnation, it consisted of carriages decorated with flowers. Two groups confronted each other in a mock-battle using flowers, party streamers and confetti, before reconciling and carrying outh a peace gesture.

About The Great Parade of Tradition and Folklore

This parade was introduced in 1967 and is for traditional folkloric groups, cumbia groups and certain other dancing groups. There are no floats, as the parade consists of dancing in the streets in a more traditional way. The music played is typically cumbias, chandés and fandangos.

About the Great Fantasy Parade

The Great Fantasy Parade is marked by innovative choreography rather than strict adherence to tradition. Examples of popular music styles are samba, salsa, champeta, reggaeton, cumbio, porro, merecumbé, and mapalé. 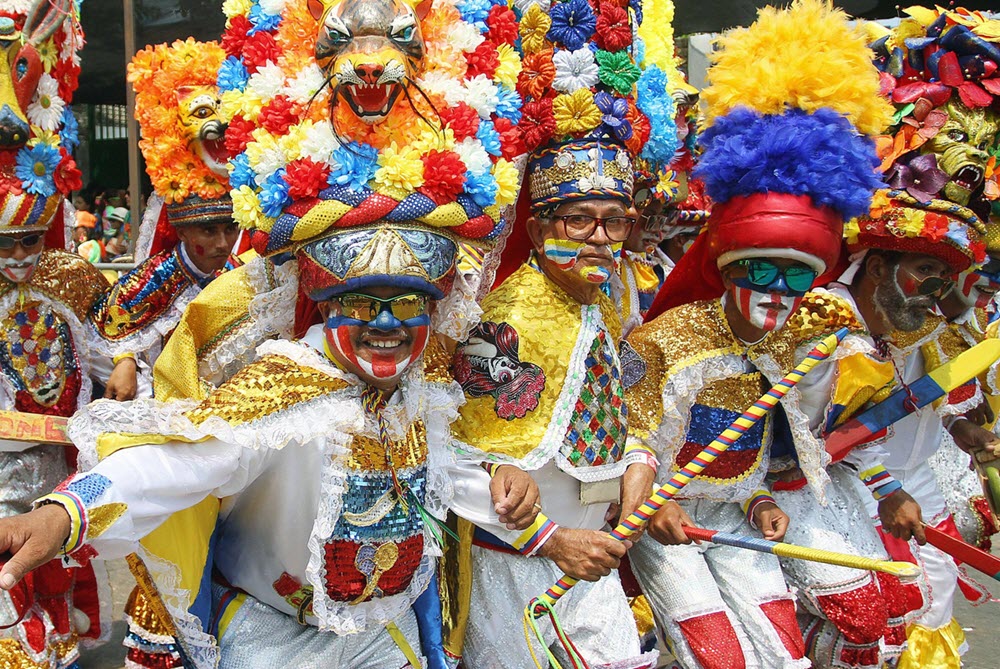 About the Orchestral Festival

This is a concert featuring a multitude of orchestras, both Colombian and foreign, who compete for the Congo De Oro award in several different categories: salsa, merengue, vallenato, tropical, folkloric, and urban music. Special prizes are also awarded to the best instrumentalists and the best singers.

This festival was held for the first time in 1969.

The event takes place at the Romelio Martínez Stadium. It starts on Monday afternoon, and the festivities has a tendency to go on into the early hours of Tuesday.

Each competing orchestra will perform three songs, and at least one of them must be a dedication (in its content) to the city of Barranquilla.

About the Burial of Joselito Carnaval

The death and burial of Joselito Carnaval marks the end of the carnival. It is not one single event, as the symbolic Joselito Carnaval is buried by many different groups across the city, with funeral processions filling the streets with mourning revelers. Joselito Carnaval (a dummy or an actor) is transported on a stretcher or in a casket decorated with flowers. Closest to the deceased are his crying widows – who are sometimes men dressed as women.