Belize is a Central American and Caribbean nation famous for its excellent scuba diving sites. It is home to a long barrier reef, multiple attols and the famous Great Blue Hole. Even though English is the official language of Belize, the country is commonly recognized as part of Latin America since over 40% of the population speaks Spanish as a native language, and Spanish is the common language used by over 60% of the population. The dominating dialect is known as Belizian Spanish (Spanish: español beliceño) and is similar to Caribbean Spanish, Canarian Spanish and Andalusian Spanish. 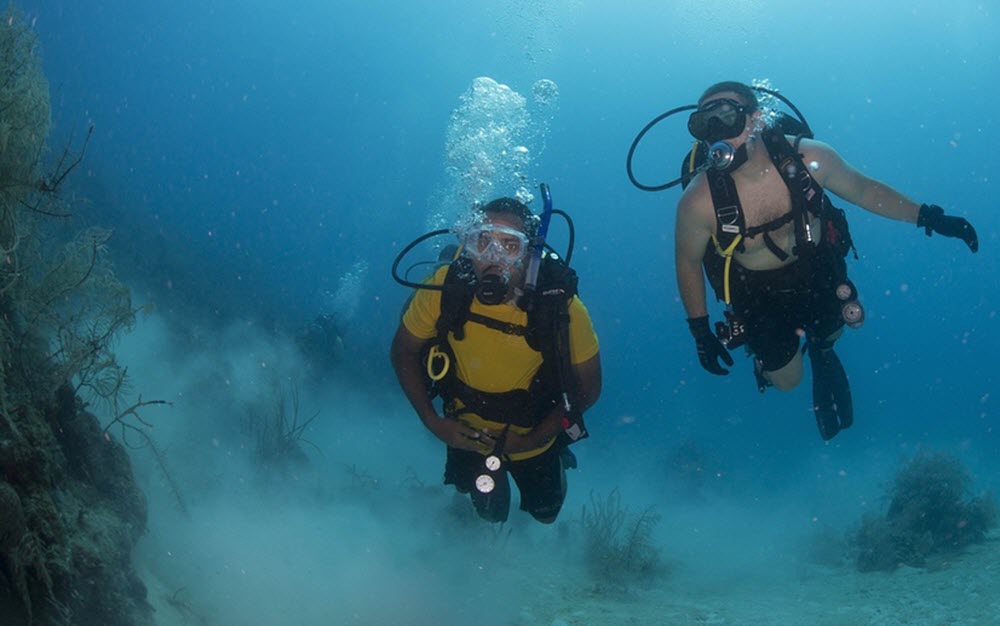 The Belize Barrier Reef Reserve System (BBRRS) was declared a UNESCO World Heritage Site in 1996. The site is comprised of seven protected areas:

The seven protected areas that form the BBRRS make up 12% of the entire Reef Complex.

The BBRRS, and the rest of the Reef Complex, is home to many different species, and there are also many species who visit for shorter or longer periods even if they don´t live here year-round. This is, for instance, true for several migratory sea birds who use the littoral forests of Belize´s cays and atolls for reproduction.

The Belize Barrier Reef is a series of coral reefs off the coast of Belize. They are a part of the much larger Mesoamerican Barrier Reef System, which runs from Cancún in Mexico and into Honduras. This is the second largest barrier reef in the world; only Australia´s Great Barrier Reef is more extensive.

The Belize Barrier Reef is the country´s top tourist destination, and it is also very important for the fishing industry. Every year, a lot of tourists arrive in Belize to scuba dive and snorkel at the reef.

The Belize Barrier Reef is found roughly 300 meters offshore from the Belize mainland in the north, but only 40 km offshore in the south. 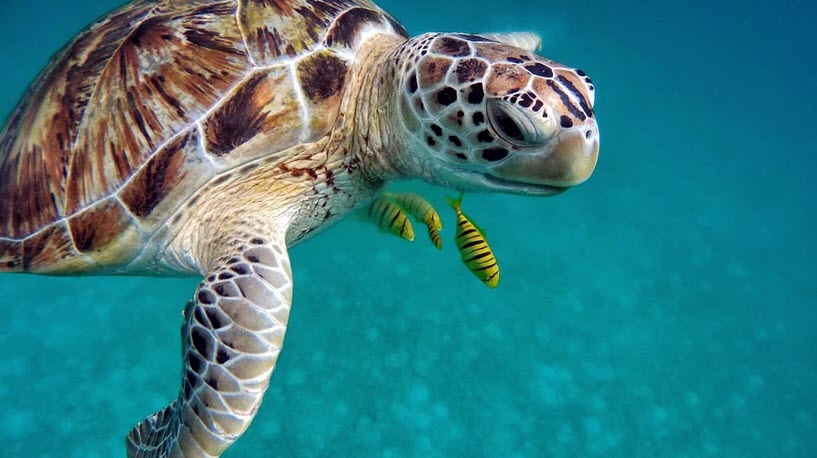 In connection to the barrier reef, Belize has three distinct Caribbean atolls that attract scuba diving and snorkelling tourists from all over the world.

The Great Blue Hole is an enormous marine sinkhole found close to the centre of the atoll Lighthouse Reef.

The hole, which is circular in shape, is 318 meters across and 124 meters deep. It was formed a long time ago when sea levels were much lower. As the sea level rose, the hole was flooded with seawater and became The Greate Blue Hole.