The Agave Landscape and Ancient Industrial Facilities of Tequila is a cultural UNESCO World Heritage Site in Mexico, nestled between the foothills of the Tequila Volcano and the Rio Grande de Santiago river valley. 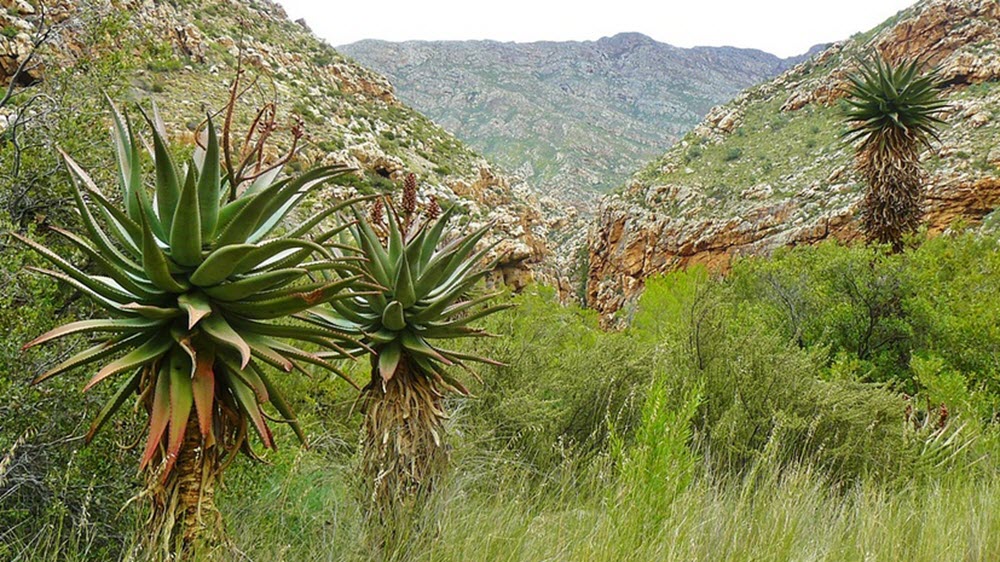 The World Heritage Site, which coveres over 35,000 hectares, is an active cultural heritage where the tradition of blue agave cultivation and tequila making is still very much alive. Tequila has been produced here since the 1500s, and it has been an agricultral landscape for even longer. Today, the landscape is filled with agave farms, destilleries and factories, and there are also several larger settlements here – including the famous town Tequila, located roughly 60 km from the city Guadalajara. Some of the still active tequiala haciendas within the site have been producing tequila ever since the 1700s, and feature traditional-style destillery buildings made from brick and adobe.

The blue agave grows well in the red volcanic soil that dominates this World Heritage site. By tradition, and today also by Mexican law, tequial is only made from blue agave (Agave tequilana) and not from any other type of agave. Blue agave is grown both in the lowlands and the highlands, with the growing conditions having an impact on the plants. Generally speaking, highland blue agave is larger and sweeter than lowland blue agave.

The Tequiala Route and Tequila Express were established to make this World Heritage Site more accessible to visitors. The Tequila Express is a tourist train that can bring you to old tequila haciendas and destilleries in places such as Amatitan, Magdalena, Teuchitlan and El Arenal. It only operates on Saturdays and Sundays, while the Tequila Route has no such limitations. Both go through beautiful fields of blue agave.

Many of the old haciendas along the Tequila Route & Tequila Express line hosts tequila tastings and tours of the hacienda, and some will even let visitors try out traditional methods for preparing the agave.

If you are planning to include the Tequila Express or Tequila Route in your vacation, don´t miss the opportunity to also explore some of the interesting archaeological attractions found in this area, as the Route and the Express both make it easy to reach several of them. The Tequial Route also passes by the Volcano Tequila, and some old mines for opals and obsidian.

About tequila and mezcal

The Mexican word for a distilled alcoholic beverage made from any species of agave is mezcal. Only a mezcal that lives up to certain requirements (as per Mexican law) is allowed to be marketed as tequila. Thus, all tequilas are mezcals, but only a fraction of all mezcals are tequilas. The term mezcal comes from the Nahuatl word mexcalli, which means oven-cooked agave.

So, what is required for a mexcal to be a tequila? For starters, it must be made from blue agave – no other agave species is permitted. Also, the agave must be grown and the beverage produced in one of the approved locations, which are located in the highlands of Jalisco and in certain areas in region around the town Tequila, in the states Guanajuato, Michoacán, Nayarit, and Tamaulipas.

But this is not enough; several other conditions must be fulfilled before you can call your beverage tequila. Among other things, the alcohol content must be in the 35% – 55% range.