This biosphere reserve is located on the watershed of the Río Plátano in Honduras and is covered in rainforest. Roughly 2,000 members of the region´s indigenous people live in the reserve.

The reserve, which consists of a mountainous landscape that slopes down to the Caribbean coast, is the largest protected area in Honduras. The reserve includes the entire watershed of the Río Plátano, all the way from the river´s headwaters in the mountains to the river mouth where Río Plátano reaches the Caribbean Sea. Roughly two-thirds of the river runs through rugged mountain terrain, where long stretches of white water occur. Closer to the sea, the Rio Plátano meanders through the lowlands for roughly 45 kilometres, forming natural levees, backwater wetlands and ox-bow lakes.

The Río Plátano Biosphere Reserve was added to the UNESCO World Heritage List in 1982.

Where is it the Río Plátano Biosphere Reserve?

The reserve is located in the Mosquita region of North-Eastern Honduras.

About the Río Plátano Biosphere Reserve

This reserve contains of lot of different nature types and habitats, such as:

Well over 700 species of vertebrates live in the reserve, including more than half of all mammal species known to occur in Honduras. The reserve is for instance home to Central American Tapirs, Giant Anteaters, Jaguars, White-lipped Peccary, and Mexican Spider Monkeys. In the water, you may encounter West Indian Manatees. Among the 400+ species of birds, we find Great Curassows, Harpy Eagles, Great Green Macaws, and Guiana Crested Eagles.

Four species of marine turtle have been spotted in the reserve: Green turtle, Hawksbill turtle, Loggerhead turtle, and Leatherback turtle. 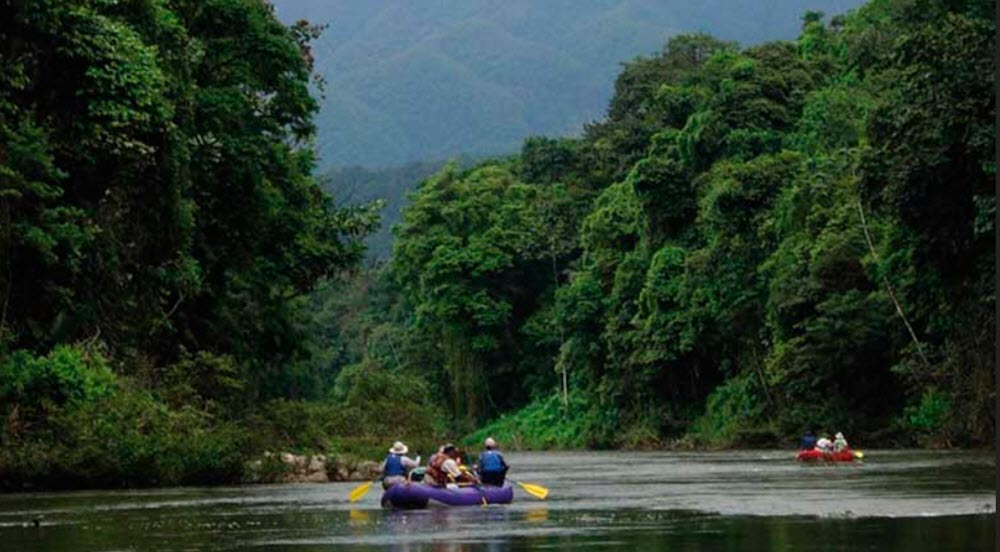 The two main geomorphological areas are the steep mountains and the flat coastal plains, and the change from lowland to foothills is rather abrupt.

The coastal plains consist of terraces of recent marine sediemnts, partly underlain by a belt of Pleistocene quartz sandy gravel.

The mountains are of granite, with many steep ridges, waterfalls and interesting rock formations. The highest point is Punta Piedra at an altitude of 1,418 meters. Pico Dama is 150 metre tall pinnacle.

There is a cataract in a deep forested gorge where the Río Plátano disappears under very big boulders.

Even though the reserve is chiefly a natural preserve, it also harbours and shelters interesting archaeological remains, such as a number of pre-columbian sites and petroglyphs.

There is also the living cultures of the local and indigenous communities that live within the reserve, including the Miskito, Garífuna, Tawahka, and Pech.