Fernando de Noronha is an archipelago consisting of 21 islands and islets located more than 350 km offshore from the Brazilian mainland. 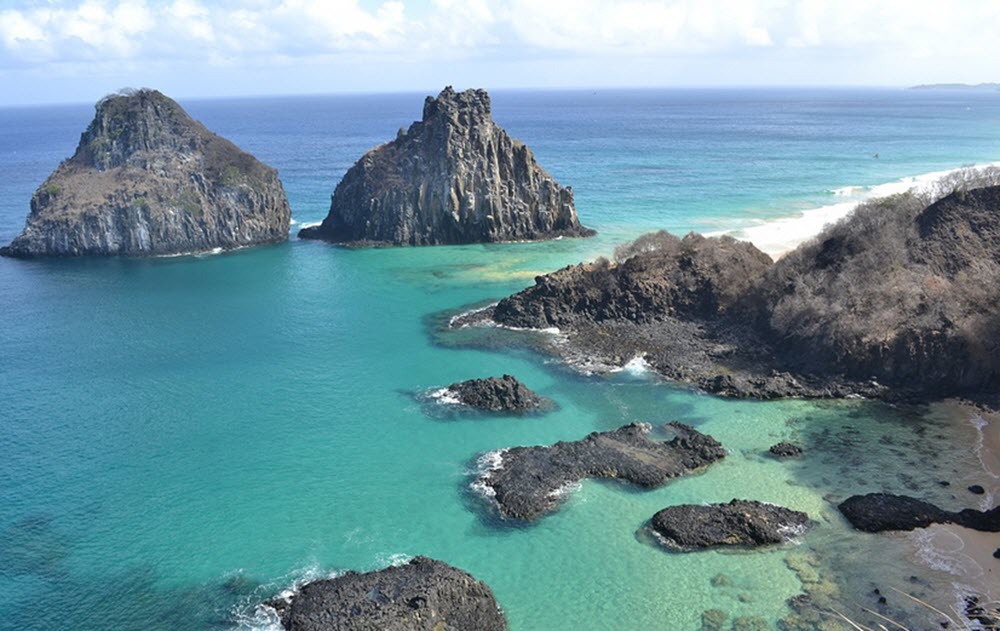 Some facts about Fernando de Noronha

Is Fernando de Noronha a part of Brazil?

Yes, the whole archipelago is a part of Brazil. It is administered by the government of the tate pf Pernambuco.

The island is served by Gov. Carlos Wilson Airport.

Tourism is the major component of the archipelago´s economy and a lot of the poeple who live on the main island work in tourism. Tourists chiefly come to the archipelago to enjoy the beautiful nature and go scuba diving, dolphin watching and charter fishing. There are also several nice beaches here.

Examples of beach facing the Atlantic: Praia do Leão, Praia do Sueste, Praia do Atalaia.

The water in this archipelago tend stay pretty warm and and diving down to 40 metres without a wetsuit is usually no problem. The warm water is pushed from Africa to the archipelago by the South Equatorial Current.

The underwater visibility is usually good, sometimes as good as 50 meters.

The archipelago is an oasis for marine life in a region that is otherwise open ocean, and this sheltered spot is very important for the reproduction of many marine creatures.

Examples of animals that come to the archipelago to feed are billfish, tuna and marine turtles.

The archipelago enjoys a tropical climate with a dry season and a rainy season. The rainy season runs from February to July, and the rest of the year gets very little rain. 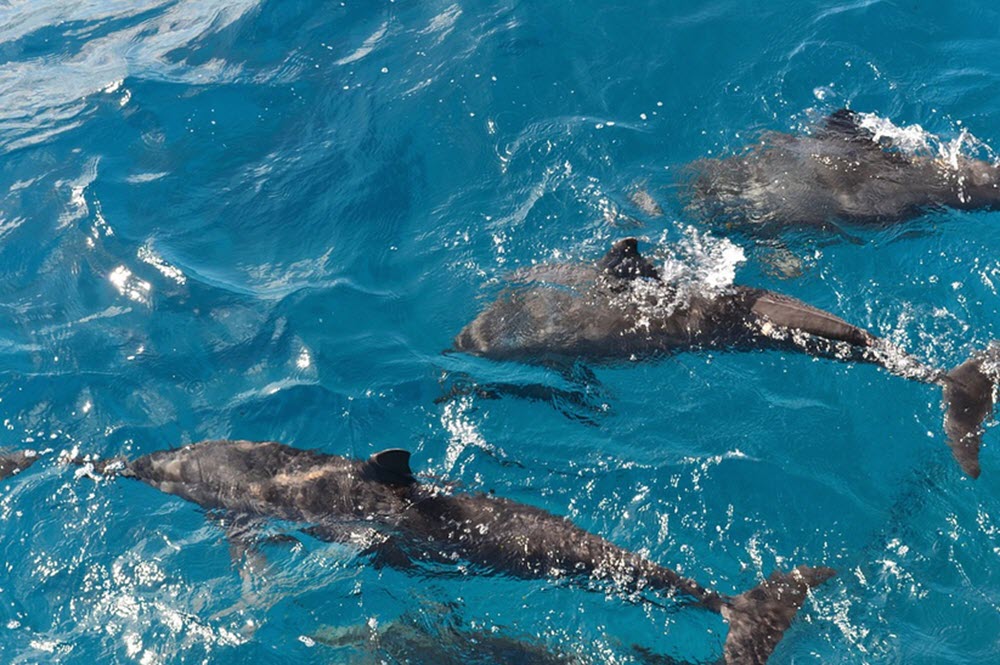 The archipelago is home to two endemic bird species:

Both are found on the main island, and the Noronha vireo can also be encountered on Ilha Rata.

The Fernando de Noronha archipelago was declared a UNESCO World Heritage Site in 2001.